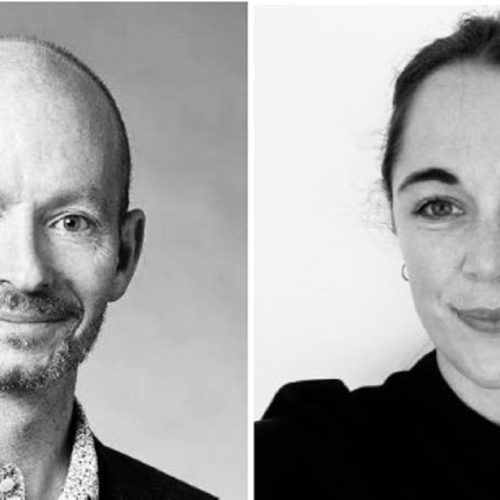 In the General Assembly of Wikimedia CH (2nd of May), Matthias Nepfer was elected as new member of the Board of Wikimedia CH.
Matthias is Head of Innovation and Information Management at the Swiss National Library and has been committed for years – also with the National Library – to the online encyclopaedia Wikipedia and free knowledge and open data.

Muriel Staub has been confirmed as member of the board. In the first board meeting she was elected as the new president of this association. Muriel has been a member of the Board of Wikimedia CH since 2017 and has been active in the worldwide Wikimedia Movement for almost ten years. She is the former managing director of the association Opendata.ch and now works for the internationally active NGO Avaaz.

She is very pleased about the election of Matthias Nepfer and says: “Matthias has the ideal profile for this job. He has been working for years to ensure that information and content is available where people are looking for it, for example on Wikipedia. With Matthias Nepfer, the National Library – as one of the first memory institutions in Switzerland – has already cooperated with Wikimedia CH in 2013 and made a selection of collections accessible on Wikipedia”.

In addition, the Wikimedia movement presented the recommendations of the Strategy Process 2030 at the beginning of May 2020. Wikipedia should be and become the essential infrastructure for the ecosystem of Free Knowledge, and everyone who shares this vision should be able to participate. Hundreds of people around the world have participated in this strategy process over a period of two years, and as a result ten recommendations and ten underlying principles have been developed.

The focus is, for example, on the diversity of participants, the sensible distribution of power structures and design of the system, and the improvement of user experiences. And everything revolves around the values of justice, participation, inclusion and empowerment. The goal is also to eliminate the gender gap by 2030. This is also the starting point for the initiative “Frauen für Wikipedia” that Muriel Staub has launched with Patrizia Laeri (SRF) and Katia Murmann (Ringier) in 2018 to make more women visible on Wikipedia. On four occasions so far, more than 300 women are new represented on Wikipedia and about 200 women have been encouraged to participate.